Streaming Tweets In Real-Time Will Soon Be A Reality

Matt Navarra, a social media expert has recently revealed that Twitter is testing a new option. This new option will provide the users with the freedom to stream tweets.

Are you now confused? Well, in simple language if this option works, the timeline of the users will be updated as tweets happen. You will see new tweets as they are shared when you are at the top of the timeline. Twitter used to function in a similar fashion before it was hit by the algorithm defined feed.

A New ‘Stream Tweets’ Toggle Will Be Tested

The test has revealed a new toggle named ‘Stream Tweets.’ The toggle, when activated, will allow the users to check fresh tweets when they are shared by the people at the top of their timeline. In terms of functionality, this toggle doesn’t add anything new.

However, the new pop-up window will have the option of choosing ‘Top Tweets First’ algorithm feed. You will, of course, have the option of switching back to the existing toggle, which was updated a few months back with a star icon.

What Can You Expect From ‘Stream Tweets’?

However, it should be noted that the new option will be more active and will be served in real-time mode. You can expect tweets to be floating on your timeline automatically. Without any manual intervention, you can give your thumbs a rest. You will no longer need to drag your thumbs to refresh in order to see a new tweet.

A Twitter user has drawn a connection between the new streaming tweet option and topic lists option. The topic lists option will allow the curation team of Twitter to create a list of all the major accounts for different subjects.

Just click on the star icon at the top of your Twitter page and select the option to view the latest Tweets first.

This will further ensure that the tweet streams exclusively focus on the topics. Currently, this test involves a small group of people. If it turns out to be a successful test, one can soon expect it to become a part of your daily tweets. 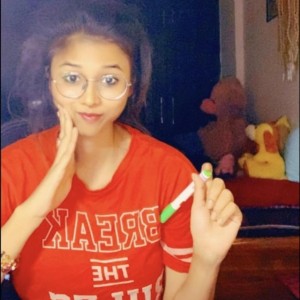 Nilakshi
Nilakshi is a regular contributor at HobPost blog.

Best Digital Marketing Events In the World For 2020

Google Site Kit For WordPress: What Is It All About