At HobPost, we will bring you the most important news on the Digital Marketing space every Friday. These updates can directly impact your online business, don’t forget to keep an eye.

There were a number of important news this week from Google, YouTube and other important sources.

So, let’s get started.

In a Tweet by Google Webmaster, they updated that they have removed a number of important reports in the old Google Search Console and moved them to the new version.

The new Search Console looks limited in terms of options and many users didn’t like the update.

However, that’s how it is going to be. So, if you are not very comfortable with the new Search Console interface, it’s the time to spend some time there.

If you are a WordPress user, this news is probably not new for you.

Though many users like me are optimistic about the new editor and welcomed it, a large section of the WordPress users didn’t like the update.

With the Classic Editor plugin active installation charging over 1 million gives a clear indication that the many users don’t like the new Gutenberg editor.

PS: The Classic Editor plugin help a user to switch back to the old classic editor after the WordPress version upgrade.

Google announced the Site Kit for WordPress that will make it a lot easier for the WordPress users to keep a track of all cretical aspect of their site right from the WordPress dashboard.

With the Google Site Kit, the WordPress users will be able to use th services of four important Google products, the Analytics, AdSense, Search Console and the Page Speed without leaving the site.

Also, the system will keep showing the important achievements to the users to keep the users aware and motivated.

Though a version of AMP plugin was already there, now the WordPress gets the stable and improved version of the AMP plugin.

With the AMP plugin version 1.1, the WordPress users will have a much improved content creation experience in both the Classic Editor as well as the Gutenberg editor.

The AMP technology will make sure to offer you users a better and faster experience on your site. As Google strongy backs the AMP technology, it will be wise to start using it if you have not installed the plugin already.

Get more update about the AMP plugin here.

In an update in the YouTube help forum, YouTube has updated that they will be running a spam removal program on 13th and 14th.

This action might decrease your YouTube channel followers and if it goes down below 1000 which is the minimum requirement to be eligible for the YouTube partner program, your account will removed for the program.

However, you can apply again once you get the required number of followers again through following.

According to the press release by Facebook, Facebook Watch is being used by over 400 million users every month and over 75 million users spend at least 1 minute on watch every day. 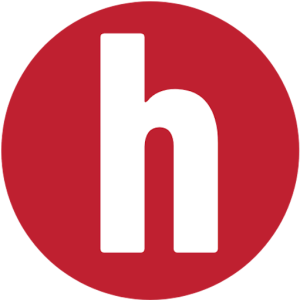